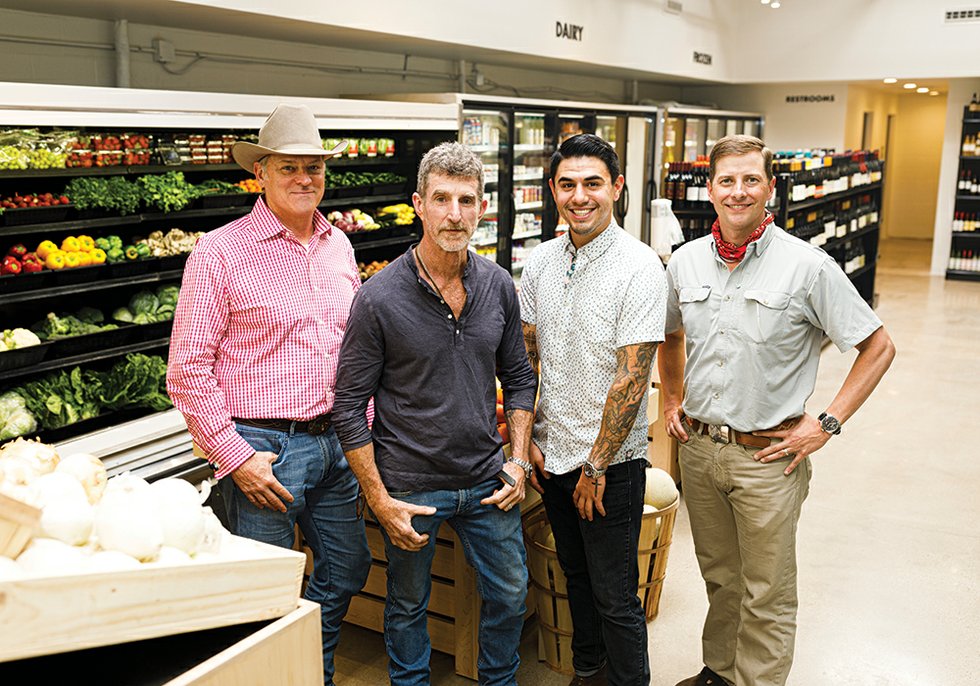 There’s a palpable excitement that seems to resonate between the brightly lit aisles of the newly renovated Roy Pope Grocery.

Customers casually weave between mint-green shelves, some with a glass of wine or latte in hand from the new coffee and wine bar at the corner of the store. Others stand at the kitchen counter to order lunch for the day, chatting it up with the person behind the counter. All the while, store staff smile behind their masks and say “hello” as you pass by.

It’s a friendly, down-home-yet-upscale atmosphere that the West Fort Worth neighborhood has quickly embraced since the store reopened in May. Even owner-operator Chris Reale is surprised at how few purists — if any at all — have walked in and turned their noses up at the redesigned space. 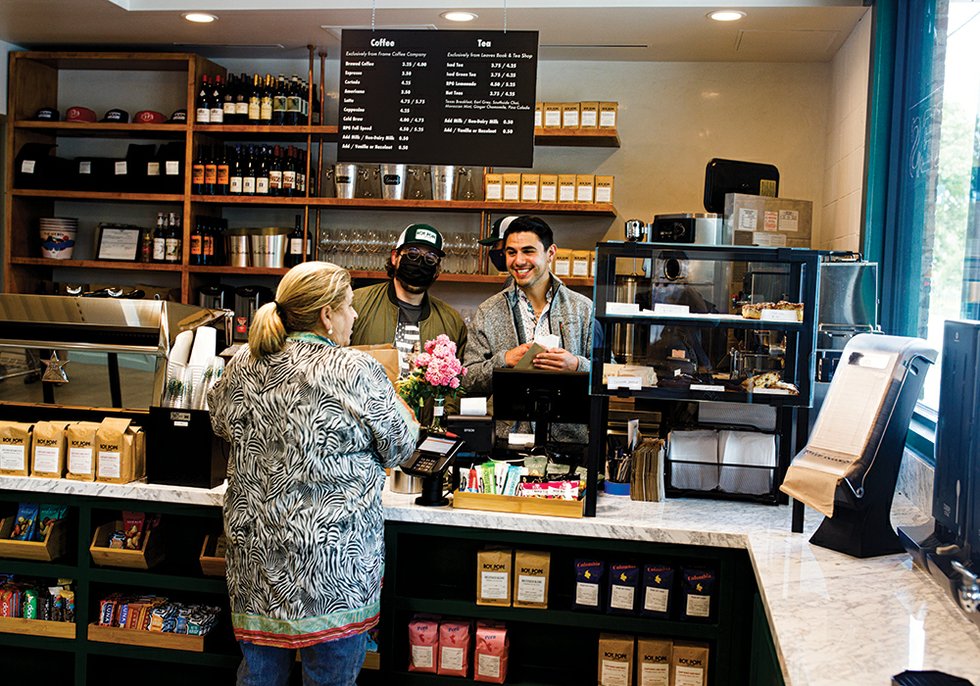 “I think the neighborhood is ready for a change,” Reale says. “They knew Roy Pope needed some help. I think they’re happy to see it in this condition.”

Perhaps a revamp of Roy Pope was what the neighborhood wanted all along. A little over a year ago, the nearly 80-year-old grocery store was seeing revenues decline despite its status as a Camp Bowie-area legend. Previous owner Bob Larance was forced to close up shop in April 2020 and put the space up for sale, which consequently bummed out West Siders who’d grown up going to Roy Pope for chicken-fried steaks and King Ranch casserole.

Enter developer Mark Harris and real estate broker Rodger Chieffalo (who also owns the Chieffalo Americana hat shop just down the street). When the duo read about the sale in the Fort Worth Star-Telegram, they decided to jump at the opportunity right away — initially thinking that, perhaps, the building could be converted into some other retail or office space. 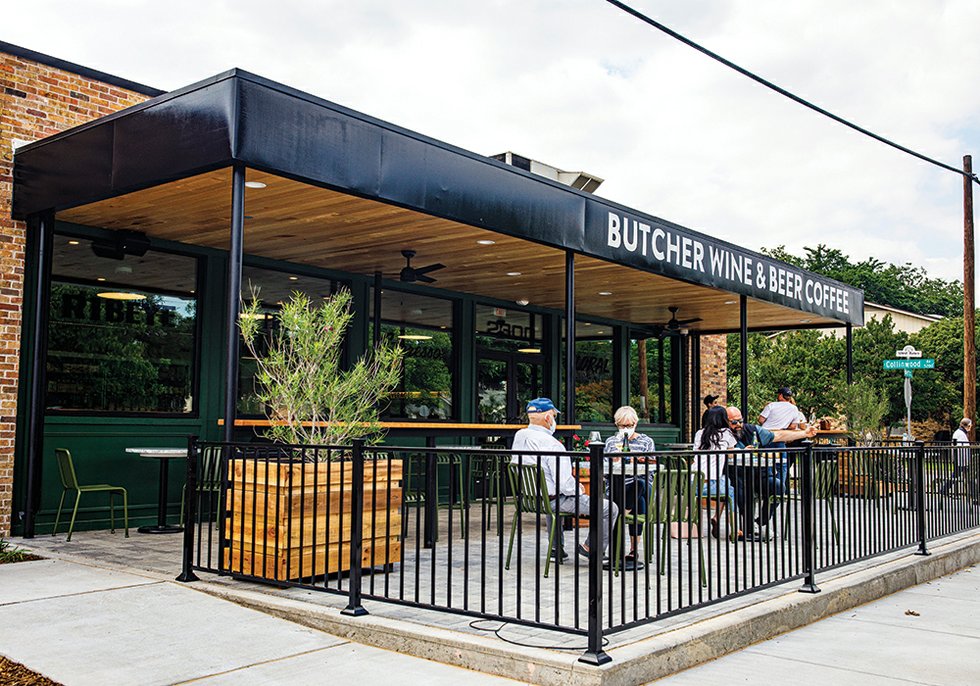 An outdoor patio is among the new features of the renovated Roy Pope Grocery.

But then, Chieffalo called up a TCU fraternity brother, restaurateur Lou Lambert, who in turn looped Reale, and the four would find themselves meeting to hash out the building’s future. The next thing they knew, they were working out a plan to save Roy Pope as a unified quartet. Harris and Chieffalo would handle the real estate and development aspects, while Lambert and Reale would handle food and operations.

“Instead of the landlord-tenant setup, we’ve invested in each other,” Harris says. “We’re partners across the board. I’m interested in operations; operations is interested in the building and seeing the return on both sides. Whether we like it or not, we’re in bed together.” 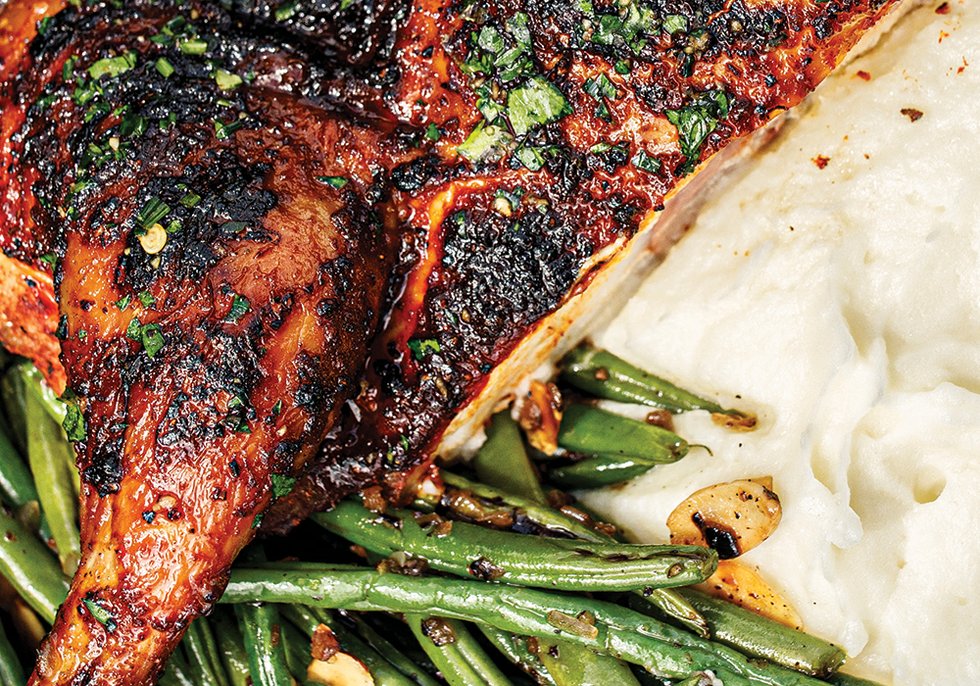 Renovating the old, roughly 7,200-square-foot building would turn out to be a formidable challenge. The group found itself needing to upgrade everything from the plumbing and electrical to the kitchen and, of course, overall interior design. “It would have been cheaper to build a new building,” Harris says.

But, with the help of designer and builder Jack Sanders, they made it happen. Gone is the cramped, cave-like, old-school interior of the past; now, natural light peers through the space through windows and skylights, while a fresh touch of paint in Roy Pope’s signature forest green brings sophistication to the finishes.

Three grocery aisles run down the center of the store, with the wine and beer inventory now tripled and curated by in-house sommelier Mikey Riojas. 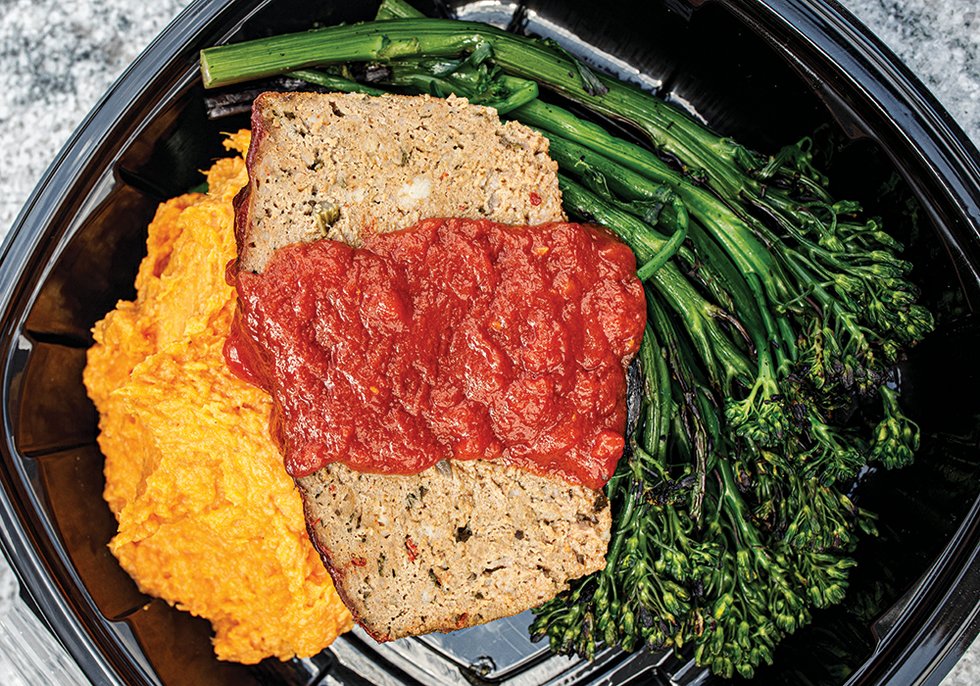 Shoppers can grab wine by the glass as well as coffee from the newly added coffee and wine bar, where Roy Pope has partnered with Dallas’ Frame Coffee Co. to develop three store-specific blends — Westover, Camp Bowie, and Lou’s New Orleans Style, which is incorporated into the shop’s specialty drink, the RPG Full Speed.

The shelves carry a strong emphasis on local products like Crunchy Girl Granola, Happy Tomato, and Blended Family Foods. There’s also a prominent selection of Blue Bell, as Roy Pope was the first gourmet grocer in Texas to carry the brand.

Despite its size, Roy Pope is not missing many commodities and convenience items like household cleaning products, personal care items, and a quaint floral section.

Perhaps the biggest highlight of the space, however, is the expanded kitchen, now about four times the size of its original footprint. Where before the cooked-to-order station and prepared foods counter were smaller, with steam wells of casseroles and such, Reale says he wanted to integrate a restaurant feel into the remodel. Today, a Central Market-style counter showcases revolving offerings like grilled salmon and flank steak, and Roy Pope promises to continue to serve a mix of new dishes alongside old favorites like meatloaf, King Ranch casserole, and ambrosia salad.

Though the store is now open, the team can’t kick their feet up just yet. The next historic spot they’re revamping is the 96-year-old Paris Coffee Shop on Magnolia Avenue. Reale’s mother, Mona Reale Owens, is currently running the space until renovations begin sometime this summer.

“Everything’s going to be new, but the general layout is exactly the same,” Reale says. “We’re doing a totally new counter, all new booths. The back of the restaurant, that storage area, we’re going to do expanded dining there, now with a little back patio.”

Lambert also adds that the renovated Paris will have elements that harken back to the restaurant’s original location (it first opened at Hemphill Street in 1926 before moving to Magnolia in 1974). “We found photos of the original Paris before they moved, so we’re taking a lot of inspiration from the original,” he says.

So, Fort Worthians may have reason to keep expectations high after seeing what’s been done at Roy Pope. The goal, Lambert says, is to turn these establishments into experiences — destinations that will attract customers from both the immediate neighborhood and beyond.

“Our job and what we’re seeing is, we’re drawing in folks from all over the city as a destination,” he says. “That was our hope to begin with — to build something that everyone feels comfortable in and that they want to experience. The space, the food, the service.”